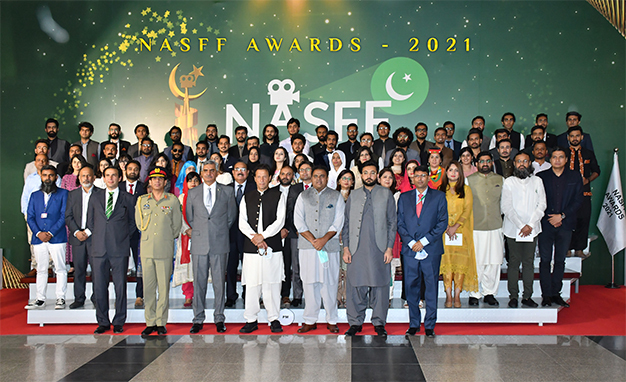 National Amateur Short Film Festival (NASFF) was conceived to tap the talent and creativity of Pakistani youth, who choose Film and TV production and Mass Media communication as their academic / professional careers. This festival was meant to proffer a chance to such talented youth to produce high quality short films projecting the real image of Pakistan. A total of 1100+ entries were received from 72 different educational institutions across Pakistan. The Grand Finale of the event was held on 26 June 2021 and was graced by the Prime Minister of Pakistan as the Chief Guest. The top 15 high achievers of NASFF-21 were awarded 1-year Film-making Diploma from New York Film Academy (NYFA), Australia.