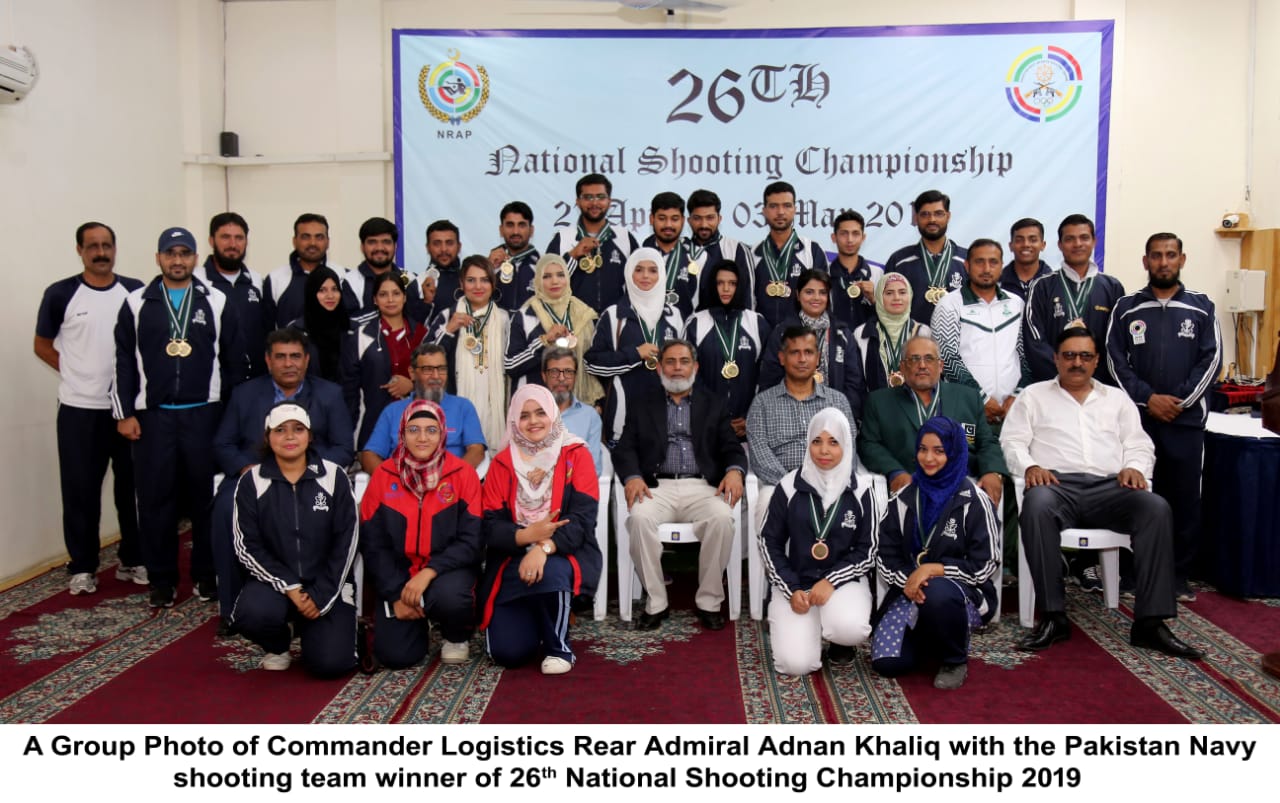 Closing ceremony of 26th National Shooting Championship 2019 was held today at Pakistan Navy Shooting Range, Karsaz. The mega national event which is held every year, involved all national level teams competing for the coveted title. Pakistan Navy, being the defending champions, once again clinched the title of National Shooting Championship 2019 with 18 Gold, 14 Silver and 14 Bronze medals whereas Pakistan Army secured the Runners Up position.
Commander Logistics Rear Admiral Adnan Khaliq graced the occasion as Chief Guest and gave away the medals to the winners. The week long event was organized and hosted by Pakistan Navy. More than 300 Shooters belonging to the teams of Army, Navy, Air Force, Punjab, Sindh, WAPDA and Federal Rifle Association (FRA) participated in the event and displayed their skills in the sport of Shooting. During the event, 16 new national records were set by the shooters of Pakistan Army and Pakistan Navy in the Rifle and Pistol categories. Zeeshan ul Shakir PO PTI of Pakistan Navy set 04 new individual national records in the Rifle category.
The Chief Guest while addressing the ceremony said that shooting as a sport, is getting considerable prominence beyond the military circles at national level as well. The Admiral reiterated that our youth possesses the best of abilities and acumen to become good shooters and hoped that this event will showcase the talent of aspiring contestants and serve to mobilize their potential at national and international levels. Detail of medals won by different participating teams is as under: