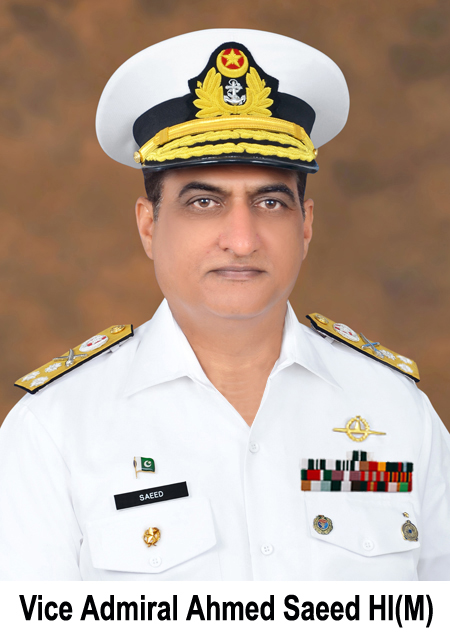 Rear Admiral Ahmed Saeed of Pakistan Navy has been promoted to the rank of Vice Admiral with immediate effect.

In recognition of his meritorious services, the Admiral was awarded Hilal-e-Imtiaz (Military)