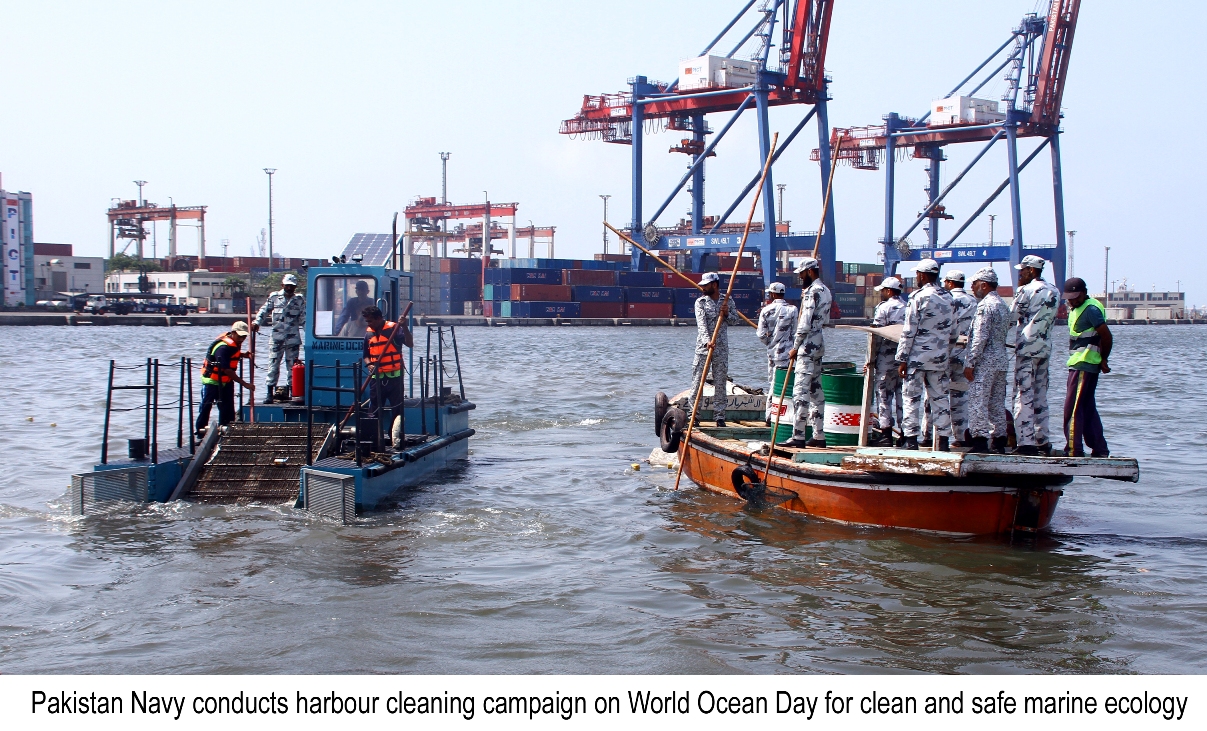 Pakistan Navy observed World Oceans Day with enthusiasm and with an aim to create awareness about the importance of clean oceans, their protection and preservation.
Every year on 08 June, World Oceans Day is celebrated across the world, under the auspices of the United Nations, to highlight the importance of oceans and to create awareness about the role they play in sustenance of our life on earth. The oceans cover about two-third of surface of the earth and 70% of our Oxygen comes from the oceans. They are the very foundations of life.
The theme selected for this year’s World Oceans Day is “Gender and Oceans” which is a unique opportunity to explore the gender side of the humankind’s relationship with oceans. Although women constitute half of the workforce, their share in ocean related fields is only marginal. Pakistan Navy being the major stakeholder in the maritime domain, takes lead in creating awareness about promoting gender equality in ocean related fields including marine scientific research, oceanography, fisheries, marine policy making and management.
Pakistan Navy, being the sole proprietor of maritime domain of the country, observes the day with zeal and enthusiasm by arranging a number of awareness raising events and activities. These activities include Beach Cleaning Campaigns, Lectures & Seminars on significance of the day and Social Media Campaigns. Such events play a pivotal role in enhancing awareness about importance of clean oceans amongst the general populace.
Chief of the Naval Staff, Admiral Zafar Mahmood Abbasi in his message on the day, said that oceans act as lungs on this planet. The oceans absorb most of the greenhouse gases & carbon dioxide and are the major source of the Oxygen that we breathe. Naval Chief highlighted that Pakistan Navy has remained cognizant of the significance of clean oceans, so that future generations can also benefit from this treasure trove. He further urged all to re-affirm our commitment for preserving sustainable use of oceans and marine resources while making conscious efforts to empower women in various ocean related economic activities.