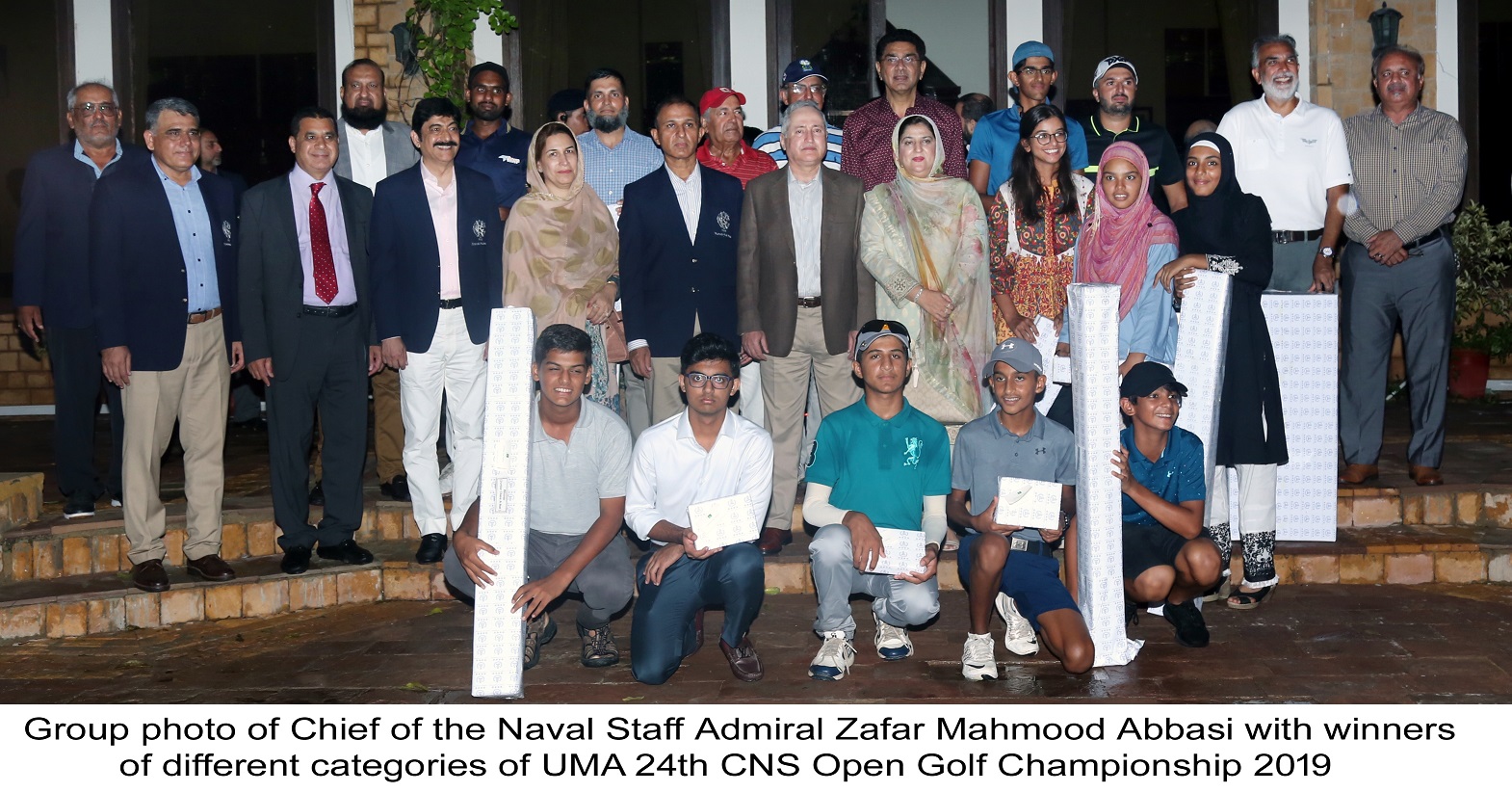 Closing and prize distribution ceremony of United Marine Agencies (UMA) 24thChief of The Naval Staff Open Golf Championship 2019 was held at the picturesque Karachi Golf Club (KGC) today. Chief of the Naval Staff Admiral Zafar Mahmood Abbasi was the Chief Guest on the occasion.
The four days long championship, held from 29 August to 01 September 2019, has become a quintessential event in golfing circles since 1995. The categories in the championship included 36 holes each for KGC Professionals/ Caddies, Senior Professionals, Junior Professionals, Seniors and Ladies. 18 holes matches were played for juniors (Cat A& B), 9 holes for Veterans and 72 holes each for Amateurs & Professionals. With prize money of PKR 8.1 M, the event continues to be the highest prize money golf event of the country. In addition, ‘Toyota Fortuner’ for winner of Hole-in-One and a host of other prizes were also awarded to the winners of different categories. More than 600 enthusiast golfers participated in this prestigious event which attracted golfers from across the nation and featured the cream of national golf, in all categories.
Chief of the Naval Staff, while commending the untiring efforts of Pakistan Navy, KGC staff and the organizers for seamless conduct of the championship, congratulated the winners for their remarkable success. He also lauded the standard of the game which provided exciting and quality entertainment to the golf enthusiasts and also appreciated the sponsors and media in supporting the game of golf. He further said that Pakistan Navy takes pride in promoting healthy sports in the country. Winner of UMA 24th CNS Open Golf Championship 2019, in his remarks, thanked the organizers and sponsors of the championship for providing excellent golfing opportunity.
The Ceremony was attended by a large number of dignitaries from Armed forces of Pakistan, civil organizations and golfers of the country.