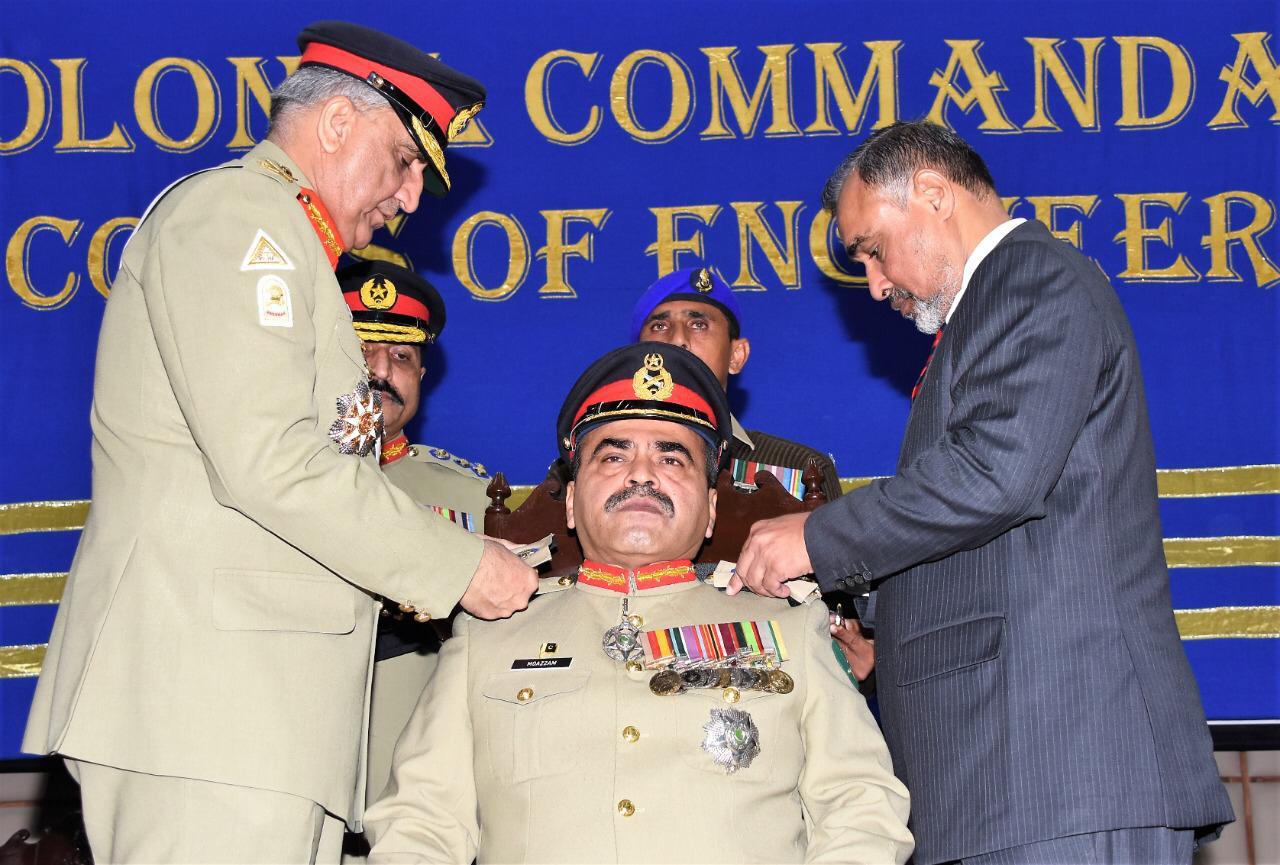 Speaking at the occasion COAS acknowledged role and performance of Corps of Engineers in operations, during natural calamities and for nation building projects.