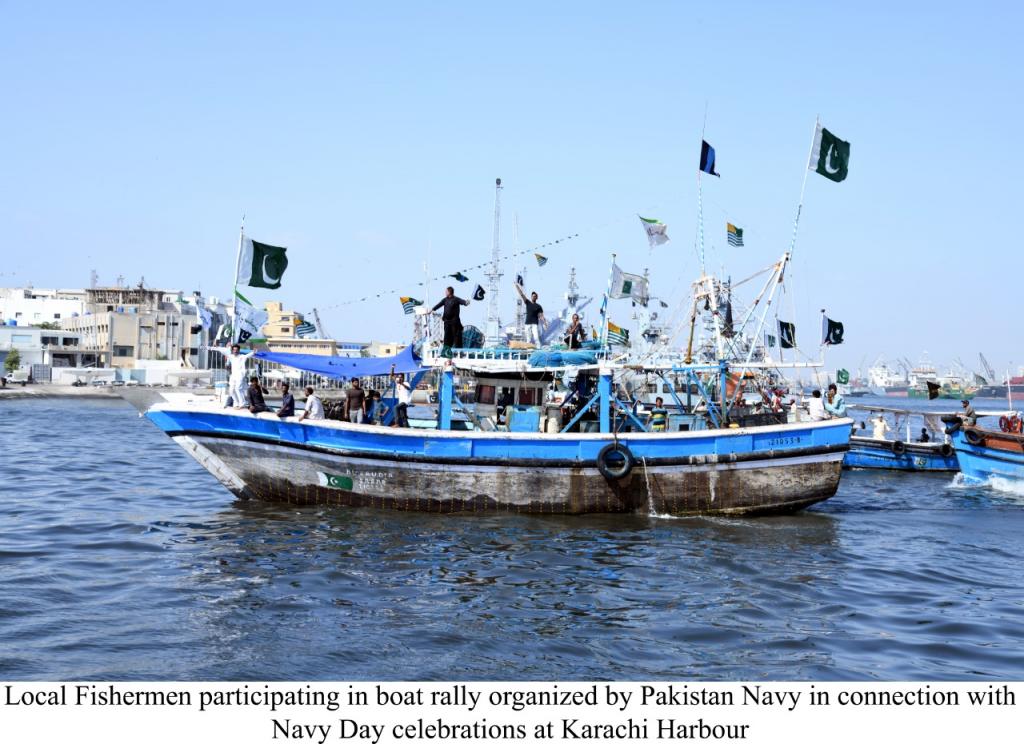 Pakistan Navy celebrated 55th anniversary of ‘Navy Day’ to honour heroic achievements of our Ghazis and Shuhadas who fought gallantly against a much bigger adversary with absolute courage and profound faith in Allah SWT. The Navy Day is a glorious reminiscence of daring operation ‘SOMNATH’, when Pakistan Navy Warships destroyed important shore installations and inflicted irreparable damage to the Indian pride. Pakistan Navy lone Submarine Ghazi reigned and remained unchallenged at sea throughout the war.
In his message on the occasion, Chief of the Naval Staff, Admiral Zafar Mahmood Abbasi said that 8th September, marks a golden chapter in our rich naval history and rekindles hope and pride in our new generation. On this day, Pakistan Navy acknowledges the sacrifices and spirit of our Naval heroes who epitomized grit, courage and valour during the 1965 War. Today, Pakistan Navy being potent naval force in the region is alive to its growing responsibilities and role to vigilantly guard country’s maritime interests. The Naval Chief also underlined that Pakistan Navy is spearheading various initiatives to jump start Pakistan’s Blue Economy in line with the Govt’s renewed focus on the maritime sector and its decision to declare 2020 as the ‘Year of Blue Economy’. He added that all ranks of Pakistan Navy reiterate solidarity with their Kashmiri brethren and denounce the blatant annexation of Indian Illegally Occupied Jammu & Kashmir (IIOJK).
The day dawned with special prayers offered in all Naval mosques for peace and prosperity of the country and particularly for the success of Kashmir struggle. Quran Khawani was arranged for eternal peace of Shuhada of the 1965 war. Flag hoisting ceremonies were held at all Naval units and establishments. Other activities of the day included Navy Day Boat Rallies prominently in Karachi.
Moreover, on the occasion of Navy Day, Pakistan Navy also released a special docufilm, ‘SURKHRU’ which features the story of Pakistan Navy’s successful detection of Indian submarine and deterring it from entering into Pakistani waters on 4th March, 2019. The story of the docufilm demonstrates the rundown of action and sequence of the incident and pays tribute to its heroes for displaying the true professionalism and valour in safeguarding maritime frontiers.