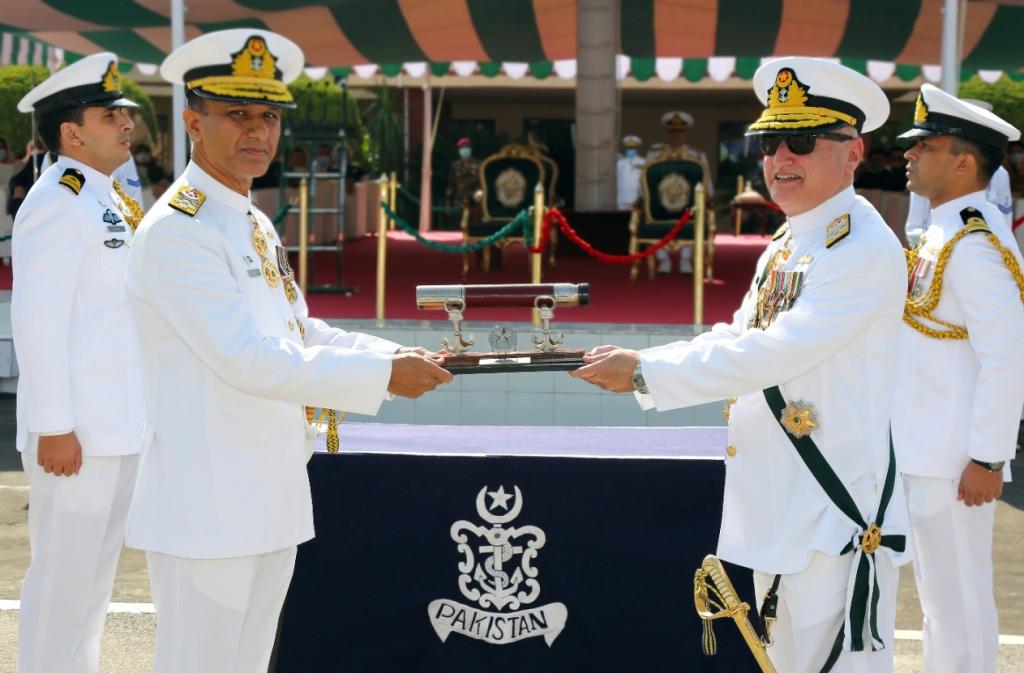 In his farewell address to officers and men of Pakistan Navy, the outgoing Naval Chief, Admiral Zafar Mahmood Abbasi, thanked Allah SWT for enabling him to discharge his duties to the best of his abilities with honesty, justice and dignity. The Admiral underscored that he kept his primary focus on transforming Pakistan Navy into a combat ready force with special emphasis on optimum battle preparedness and professional competence. He praised the untiring efforts of the finest officers and men of Pakistan Navy who worked as a team to achieve the progress made in all domains in line with his vision. Admiral Zafar Mahmood Abbasi while highlighting the volatile geo-political landscape and heightened tensions in the preceding years made particular mention of the conflict situation post-Pulwama incident. He remarked that Pakistan’s civil military unified stance and diplomatic-military push back, frustrated Indian designs. Pakistan Armed Forces gave a befitting response and won the battle of hearts and minds, shattering the myth of India’s false sense of superiority. He applauded the professionalism displayed by PN in detecting the intruding Indian Navy submarine in Pakistani waters.

The Admiral also highlighted his initiatives to generate maritime awareness and channelize efforts to jump start Blue Economy, with focus on joint exploration of offshore hydrocarbon resources to reap full dividends of Pakistan’s enormous and untapped maritime potential. In the end, the outgoing Naval Chief congratulated Admiral Muhammad Amjad Khan Niazi on his appointment. He reposed complete confidence in the incoming CNS for leading the Navy to new heights and wished him a successful tenure in office.

While relinquishing his Command, Admiral Zafar Mahmood Abbasi thanked the Government, MoD, JSHQ and sister Services for rendering all out support to PN in execution of its sacred responsibilities of seaward defence.

Admiral Muhammad Amjad Khan Niazi is a graduate of Army Command & Staff College Quetta and National Defence University Islamabad. He also holds a Master Degree in Underwater Acoustics from Beijing University of Aeronautics and Astronautics, China. In recognition of his meritorious services, the Admiral has been awarded Hilal-e-Imtiaz (Military) and Sitara e Basalat. He was also conferred the French Medal Chevalier (Knight) by the Government of France.