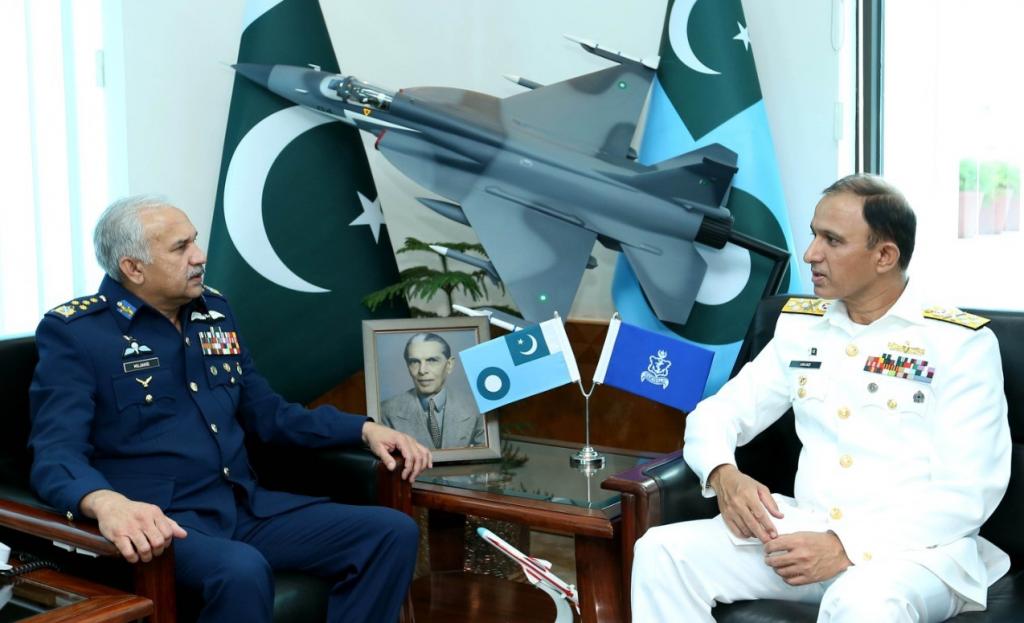 Chief of the Naval Staff Admiral Muhammad Amjad Khan Niazi, called on Air Chief Marshal Mujahid Anwar Khan, Chief of the Air Staff, Pakistan Air Force at Air Headquarters, Islamabad today. Air Chief Marshal Mujahid felicitated the Admiral on assuming the command of Pakistan Navy, and expressed his hope that Pakistan Navy would continue progressing under his able leadership. Both Chiefs reiterated to augment the existing synergy between the two services and taking it to further heights. Various matters of mutual cooperation and professional interest were also discussed during the meeting. Earlier, on arrival at Air Headquarters on his maiden visit, Admiral Muhammad Amjad Khan Niazi was presented guard of honour by a smartly turned out contingent of PAF. He also laid floral wreath at the Martyrs’ Monument to pay homage to the Martyrs’ of PAF, who laid down their lives for the defence of the motherland.