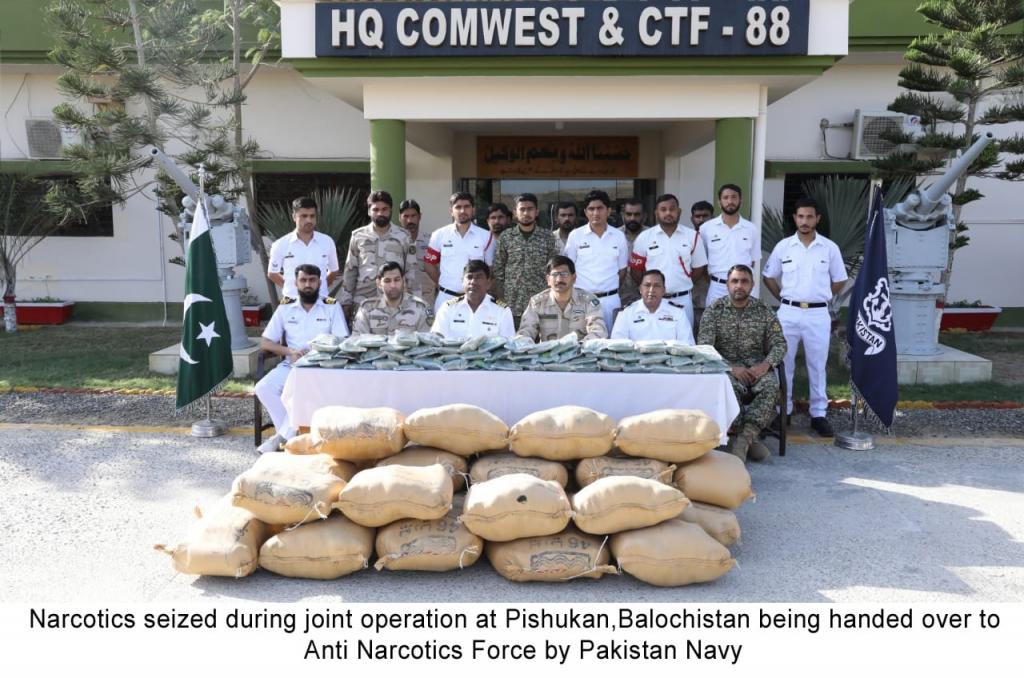 Pakistan Navy in an intelligence based joint operation with Anti Narcotics Force (ANF) seized 700 Kg of Narcotics near the coast of Pishukan, Balochistan. The drugs valued at approximately Rs 2.2 Billion, were to be smuggled to unknown destination through Arabian Sea. The seized drugs were handed over to ANF for legal proceedings.

The successful execution of joint Anti Narcotics Operation demonstrates Pakistan Navy’s resolve to counter any unlawful activity along our coast and in our maritime zones.