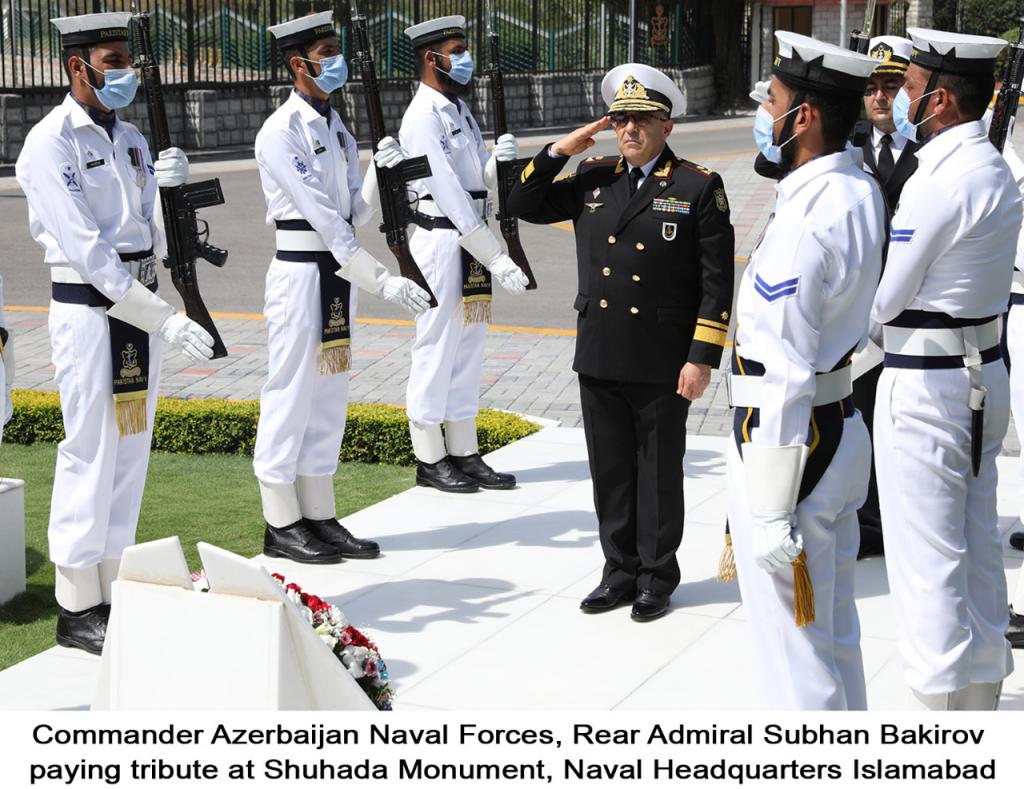 Upon arrival, Commander Azerbaijan Naval Forces was received by Chief of the Naval Staff. A smartly turned out contingent of Pakistan Navy presented Guard of Honour. Thereafter, the dignitary laid floral wreath at the Shuhada's Monument and was introduced to the Principal Staff Officers at Naval Headquarters.

Later, Commander Azerbaijan Naval Forces called on Chief of the Naval Staff. During the meeting matters of mutual interest including bilateral collaboration and regional security were discussed. The visiting dignitary appreciated and acknowledged Pakistan Navy's efforts and commitments in support of collaborative maritime security in the region. Both the dignitaries agreed on further enhancing mutual interactions in diversified naval domains. A briefing was also given to the visiting dignitary on Pakistan Navy's roles & objectives and contributions toward peace and stability in the region. The dignitary is also scheduled to visit Karachi and Lahore to have interaction with Field Commanders of Pakistan Navy and visit Pakistan Navy Training institutes.

It is expected that the visit of Commander Azerbaijan Naval Forces will further enhance bilateral collaboration between the two countries in general and navies in particular.