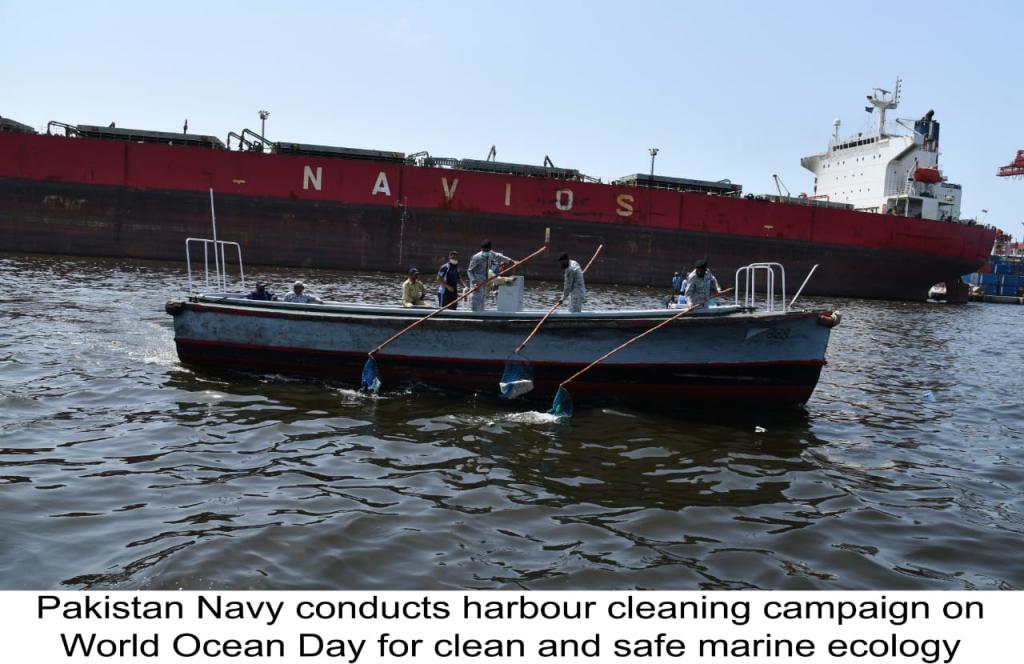 World Oceans Day is celebrated to focus the maintenance and development of the oceans and coastal areas. Oceans are very important for mankind as these are major source of sustenance of life on earth and act as lungs to our planet as they provide more than 50% of the oxygen produced on this planet. They are also major absorbers of greenhouse gases and carbon dioxide. Oceans regulate our climate holding 97% of the water on earth, almost all rain that drops on land comes from the sea. The human activity on land is directly affecting the oceans and the life that flourishes within.

The theme selected for World Oceans Day-2021 by United Nations is, ‘The Ocean: Life and Livelihoods'. This offers an opportunity to explore the human life relationship with the oceans.

To commemorate significance of the World Oceans Day, Pakistan Navy is playing a lead role in promoting safe and sustainable use of ocean resources. Some of the major Pakistan Navy initiatives include; beach cleaning, construction of harbour debris collection barges, intensive Mangroves plantation, banning use of destructive fishing nets, tackling oil pollution at sea and coordination with industrial community to reduce waste dumping into the sea. Amidst the ongoing crisis of nCovid 19, activities involving Mass gatherings were not held this year. However, other activities related to creating awareness about importance of the oceans through effective use of media have been undertaken. In this regards National Institute of Maritime Affairs (NIMA) has also arranged a number of activities including seminar/ webinar and panel discussions focusing on ocean resources and Blue Economy.

Chief of the Naval Staff, Admiral Muhammad Amjad Khan Niazi in his message of the day reaffirmed PN resolve and commitment to make every effort to protect, preserve and conserve the oceans for our future generations. He directed men under Command to continue practical and result oriented efforts in this direction.