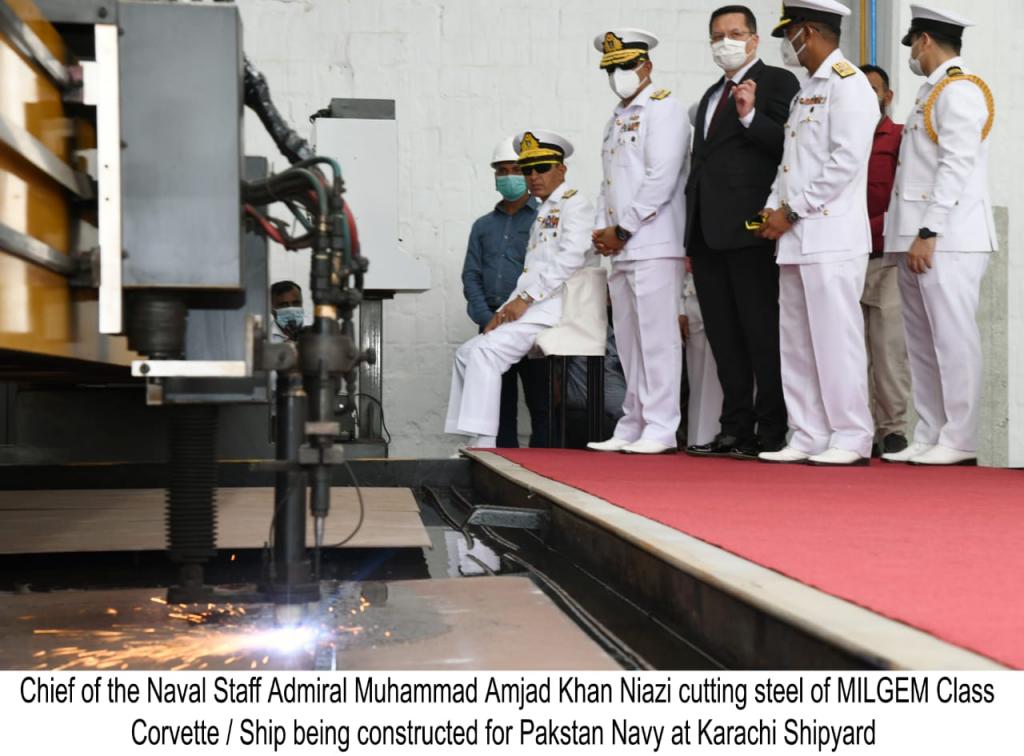 The event marked an important milestone in the construction schedule for fourth MILGEM Corvette for PN. Pakistan Navy has concluded contract with M/s ASFAT for construction of 04 x corvettes out of which two are being constructed at Istanbul Naval Shipyard whereas the remaining two at Karachi Shipyard and Engineering Works. These corvettes will be fitted with state-of-art Surface, Sub-Surface and Anti-Air Weapons & Sensors, integrated through an advanced Network Centric Combat Management System.

Speaking at the occasion, Chief of the Naval Staff expressed that it is a matter of pride to witness the Steel Cutting of fourth PN MILGEM Corvettes at KS&EW. He added that it is a historic occasion as Ministry of Defence Production, Pakistan Navy, Karachi Shipyard and M/s ASFAT of Turkey have joined hands for construction of this Corvette. The Admiral in his address said that today's event is a defining moment to further cement the bond of friendship between the two strategically aligned nations with common shared values, culture and principles. Naval Chief acknowledged the commitment and dedication of KS&EW and M/s ASFAT for meeting the challenging construction schedule despite ongoing global pandemic.

The induction of MILGEM Corvettes will significantly enhance maritime defence and deterrence capabilities of Pakistan Navy. These corvettes will become a core element of PN's kinetic response to traditional and non-traditional challenges and to maintain balance of power in the Indian Ocean Region.