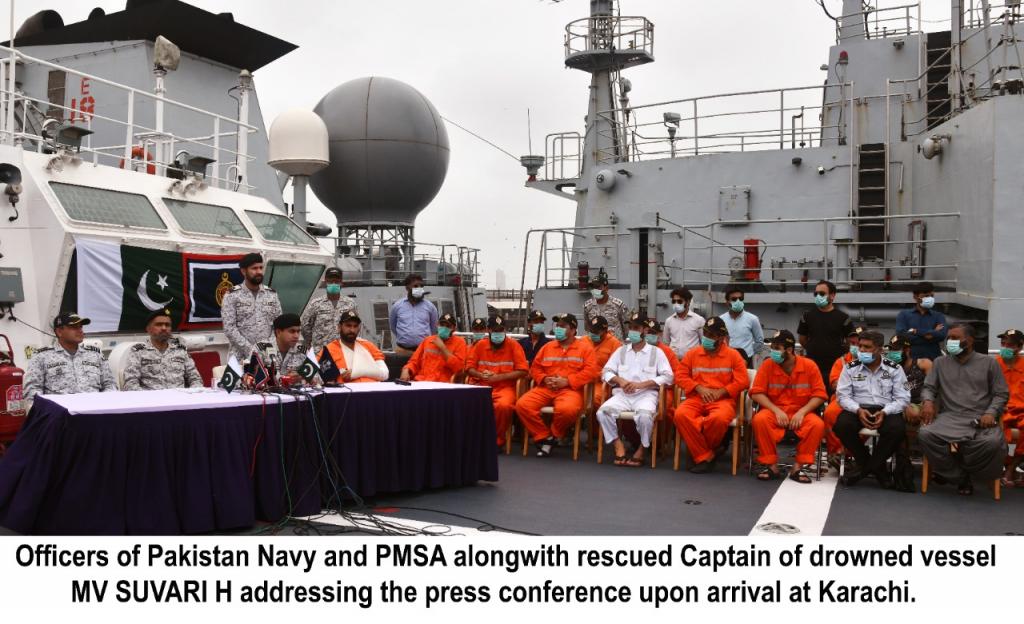 Pakistan Navy and Pakistan Maritime Security Agency conducted a joint operation at 180 Nautical Miles South of Karachi and rescued crew of MV SUVARI H. The operation was carried out in the exclusive economic zone of Pakistani sea in which the cargo ship sank due to strong winds and tide.

Emergency messages were sent by the crew before sinking, the messages were received by a nearby cargo ship, MT Elan Vital, and five crew members were immediately rescued.

Upon receiving the information Pakistan Navy aircraft on air surveillance was directed to the sinking site and a PMSA aircraft and a ship were also immediately dispatched for assistance. Pakistan Navy and PMSA aircraft initially identified eight crew members and later five more crew members were rescued with the help of a life raft. The identification of more members was reported to the nearby ship MT DESH ABHIMAAN, which rescued five more members.

So far, 15 out of 18 crew members have been rescued as a result of the efforts of Pakistan Navy and PMSA, while Pakistan Navy and PMSA are conducting search operations through ships and aircrafts to find three other members. All crew of the sunk ship belongs to Syria, the ship was carrying cargo from India to Somalia.