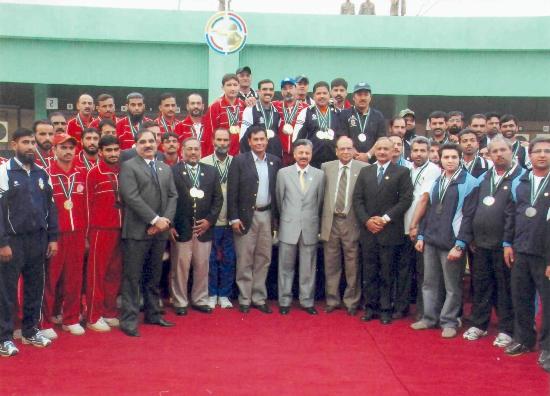 17th National Shooting Championship concluded at Jhelum. Major General Khadim Hussain was the Chief Guest and gave away awards to the participants. Pakistan Navy won the championship with 883 points while Pakistan Army was runner up with 847 points. Army remained at the top of the medal table with 49 medals, whereas, Navy was second with 42.  Medals tally is as follows:-

Four new National records were set during 12 days of shooting in twenty events:-