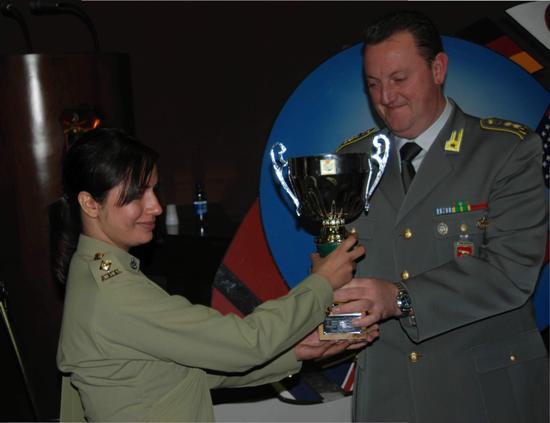 ISPR Documentary has won the first prize in the International Film Festival "Eserciti-e-popoli" (armies and people) held at Bracciano, Rome (Italy). Armed Forces Representatives from 38 countries participated in the contest where 150 documentaries were screened in different categories. Maintaining the tradition, Pakistan Army’s documentary "Ribat-ul-Khail" on Remount Depot Mona, in the category of "Institutional Promotion", has won the first prize. Another special prize was awarded to Pakistan Armed Forces for best participation during the year 2008.

ISPR Documentary ‘Ribat-ul-Khail’ is a brief audio visual description of Remount Depot, Mona that sprawled over a vast area of more than 10,000 acres; Mona depot today stands out as a prime breeding ground for quality horses , mules and donkeys from the equine family. Originally designed as a stable backbone for the regular supply of Mules, Mona holds the distinct pride for producing world thorough-bred Arabian horses. Mona was enlisted as full member of the "World Arabian Horse Organization" (WAHO) within a year of its application to the prestigious world body, entrusted to "maintain throughout the world the purity of the blood of the horses of Arabian breed". The documentary covers the breeding, training and maintenance of all kinds of horses and mules. A beautiful botanical garden adorns Mona now to commemorate this singular honor.